Several of the world’s languages exhibit structures where the subject-like argument is not in the nominative case, but in the accusative, dative, genitive, instrumental, etc. Four such examples are given below from some modern Indo-European languages, i.e., Lithuanian (1), Rumanian (2), Albanian (3) and Faroese (4):

Traditionally in the linguistic literature, it has been assumed that oblique or non-nominative subjects in the world’s languages have developed from objects to subjects, hence their non-canonical case marking. Recently, however, it has been shown that structures, in particular control constructions which undoubtedly confirm the subject status of subject-like obliques, are found as early as in Gothic, Latin, and Ancient Greek, in addition to Middle English, Middle French, Old Icelandic, Old Swedish, etc., This raises the question anew of how predicates of this type have come into existence.

The question about the origin of these predicates is particularly pressing giving the fact that examples of this type are found as early as Hittite, Vedic Sanskrit and Tocharian, which points to their development at an older, even pre-historical, stage.

The primary goal of the proposed research project is to investigate non-canonically case-marked argument structure constructions in the early and archaic Indo-European languages, in order to throw light on the emergence and development of non-canonical case marking of subjects and subject-like arguments. To achieve this the following basic research will be carried out:

After gathering the primary data, the following research areas will be explored: 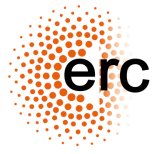 The current project “The Evolution of Case, Alignment, and Argument Structure in Indo-European” (EVALISA 2013–2018, funded by the European Research Council) officially began in 2013, but it is the continuation of on-going research in argument structure and case-marking in Indo-European by the principal investigator, Jóhanna Barðdal. The research was initially funded under the program “Indo-European Case and Argument Structure from a Typological Perspective” (IECASTP 2008–2012, funded by the Bergen Research Foundation and the University of Bergen) and continued in the program “The Emergence of Non-Canonical Case Marking in Indo-European” (NonCanCase 2011–2015,

funded by the Norwegian Research Council). EVALISA expands on the database of predicates with non-canonically case-marked subject-like arguments by targeting the remaining branches of Indo-European: Celtic (via Old Irish), Anatolian (via Hittite), Albanian, Tocharian, and Armenian.