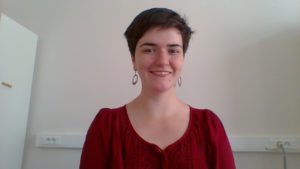 Laura Bruno studied Foreign Languages and Literature at the University of Bologna (2009–2013), focusing on German and Dutch. She wrote her thesis in Historical Linguistics about the semantic development of Dutch diminutive suffixes, supervised by Prof. Elisabetta Magni and Prof. Marco Prandoni.

Laura attended the University of Amsterdam in the academic year 2011–2012 as an exchange student; there she studied the history of the Dutch Language, Old High German, Frisian philology, and she attended courses on language contact between Frisian and Hollandish, linguistic theories, German literature, translation (NL-IT) and linguistic typology.

In 2016, Laura also attended the Summer School of Linguistics in Leiden in and attended courses on Old High German, Sumerian, Indo-European Phonology and Morphology, as well as on Historical Grammar of Germanic.